free sign up
Complete Rating
7.2 /10
Review | Essential Stats At Your Fingertips | Features | Ease of Use | Safety & Security | Customer Service and Contact Information | Positives and Negatives | Other Sites To Consider | In Conclusion
Share With : 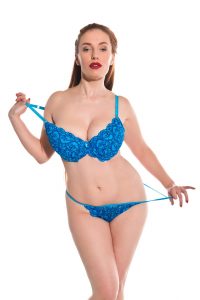 If you’re open-minded for a non-monogamous relationship, SwingTowns claims to be the ideal platform for ‘swingers’ like you. SwingTowns.com connects you with locals or anywhere in the world. The Swinger Lifestyle refers to the style of non-monogamy, which includes swinging, open relationship, or polyamory.

SwingTowns is a dating platform that resembles Facebook in many ways dating back in 2000. SwingTowns.com is a friendly site for swingers to meet and greet for a fun and exciting journey in friendship with benefits and other types of non-monogamous relationships, like wife swapping, threesomes, and group sex.

SwingTowns is for people who are interested or are living a non-monogamous lifestyle, claiming to promote true love connections and genuine friendships. Meet polyamorous singles, polygamous couples, triads, and other poly tribes every day. Now, let’s find out if this dating site is the right platform for you, so continue reading below.

Costs and Membership Base Information

SwingTowns has a small user database, around 100,000 members worldwide. There are more men (79.51%) than women (20.9%) members in SwingTowns (4:1 male to female ratio), so women have a lot of options while men may find the site lacking with excitement due to low female count. But still, it’s a decent place to spice up your dating and sex life as well as for all swingers out there. Along with English, SwinTowns also offers a Spanish, Japanese, Korean, German, and Italian language option.

When it comes to popularity, many swingers are gradually discovering the site from their friends and other swingers. We love it because it’s not overly commercial. Also, you’ll feel that it does put its members first like Swinglifestyle. It’s a decent meeting site if you’re looking to find and experience serious adult fun. This unique dating niche will appeal to you if you’re seeking group encounters, like twosomes or threesomes. You can also search for individuals or singles if group sex doesn’t appeal to you.

SwingTowns offers a 7-day free trial for new members. Of course, you can take advantage of affordable premium membership plans with relatively low prices as compared to other dating sites. The longer you’re subscribed, the more savings you get. One month subscription costs $15.95 a month. You’ll only pay $8.16 a month for a 6-month subscription and get 25% savings.

For a 12-month subscription, pay as low as $5.75 a month and get 61% savings. SwingTowns is also offering a full access lifetime membership for only $49. This discounted price is based on the regular price of $149. The site also provides 2-Day full access which is great if you only want a sneak preview.

Premium membership or Gold membership allows you to find several articles, games, links, and videos about adult dating right at your fingertips. The payment methods available include credit and debit cards, Paypal, online check, and money order or a postal check. Since the subscription is automatically renewed after the expiration, you have the option to cancel recurring membership. Go to your “My Account” section and look the option to stop recurring billing.

When it comes to the member database, SwingTowns community is small. The SwingTowns network has users worldwide as a global dating network. Many users are not residing in the United States, which is favorable for some and may not be suitable for others. As far as your SwingTowns profile is concerned, you can add a bio, upload pics, create a tagline, and all the basic stuff that all other sites offer.

SwingTowns is intended for singles, couples, groups, or kinky get-togethers. You can create your SwinTown profile as a single or a couple detailing your preferences. Next, you can upload your photo, audio, or video message. Since there are more men than women, ladies have a lot of choices, while gentlemen may be left hanging for a while.

When it comes to member-to-member communication, SwingTowns offers instant messaging, emails, and video chats. You can choose the best way to communicate with other users on the website, enjoying the active and large userbase of SwingTowns.

Once you’re inside SwingTowns, you can instantly use the instant messaging to get to know others. Also, you can use the live webcam features to perform all types of online fun and adventures. Offline fun activities include local club, live events calendars, and parties (through the party locator tool to help you find what’s the next big thing for swingers in your area).

If you are looking for super advanced dating site features, you won’t find them at SwingTowns because the site has limited features. The search functionality is also limited. One feature that free members are not privy is to take advantage posting swinger party ads on the SwingTowns network. You’ll find some members post when they’re throwing a local swinger party to attract locals to participate in their sex-centric activities.

Here are the key features of SwingTowns:

SwingTowns has a remarkably fast sign up process. You won’t encounter in-depth questionnaires, like personality test or assessment of physical traits. You have to provide a brief description, biographical information, and one Facebook-style photo. You’ve successfully signed up with a complete profile in 10 minutes.

You’ll be asked to describe the kind of partner you’re looking for, such as singles, couples, bisexuals, gays, and more. The “Action” section of SwingTowns.com is similar to the Facebook news feed. You’ll see photos and updates of users you follow. Get to view the general trending posts of other members within the SwingTowns community.

How Safe and Secure is SwingTowns?

Your collected information allows SwingTowns to provide you customized services you paid and deserve, and to track trends for market analysis and marketing purposes. This dating platform for swingers also implements birthdate verification for safety and security. You can block or ignore a member on the site, and safety tips are provided as your guide — however, no background check or enhanced security features in place.

SwingTowns is also partnered with ASACP, which is a non-profit organization that is dedicated to promoting online child protection. This organization offers a secure and anonymous reporting system for reporting questionable content. It fosters cooperation and communication with the online adult industry. ASACP has the technical ability to review all submitted reports, forwarding suspect sites to the authorities.

For any questions about your SwingTowns account, involving safety, registration, and other aspects of the site, you may contact the company via email at [email protected] You may also write and send via snail mail at:

Other Sites To Consider

SwingTowns.com tries to impress swingers to join the site with the niche chosen by which the site represents. However, you can’t expect the coolest features, but it’s a decent place to find and meet singles, couples, and groups who are interested in a polygamous relationship. Also, the membership prices are affordable, so it’s a worthy option.

If you’re curious and interested in a non-monogamous relationship, SwingTowns is the place to be. People love swingers because they are relatively easy to hook up without dealing with aftermath issues — no clinging or drama at all when it comes to SwingTowns Lifestyle. Swinger couples don’t have anything to hide at all because of the open-minded relationship.

A polygamous relationship or poly refers to having more than one partner. SwingTowns is a poly dating site for those who are interested in learning more about a swinger or non-monogamous lifestyle. It is the perfect dating platform for open-minded singles, couples, or polycules who would want to meet other people who are interested in polyamory, non-monogamy, and alternative relationships. Meet polyamorous singles, exciting couples, triads and different types of poly tribes to create genuine friendships, as well as true love connections.

Polyamory came from a Greek word, poly which means “many, several,” and the Latin word amor, or “love.” This term refers to the practice of intimate relationships or desire for having more than one partner, which comes with the consent of all people involved. Also, it is described as consensual, responsible, and ethical non-monogamy.

6. Does cheating represent a non-monogamous relationship?

7. Is a non-monogamous relationship easier than monogamous?

8. Do people who are involved in the non-monogamous relationship have the right to be jealous?

We're living in the digital age, and seniors can use the internet to their advantage by finding a friend or partner via online dating.

Match.com is one of the most popular dating websites in the world, that promises its members to help them find their best match.

How To Write a Match.com Profile That Appeals to Women

Match.com is one of the most trusted and reputable dating sites today. If you want to attract more women, creating an interesting profile should be your utmost priority. While you want to write a comprehensive profile, it doesn't necessarily mean that it contains all the finest details about yourself.

Meet Singles in Akron – ideas and tips for dating in Akron

Are you a fast food junkie looking for a weak

Craigslist personals were a free and popular dating or hookup