free sign up
Complete Rating
7.0 /10
Review | Essential Stats At Your Fingertips | Features | Ease of Use | Safety & Security | Customer Service and Contact Information | Positives and Negatives | Other Sites To Consider | In Conclusion
Share With : 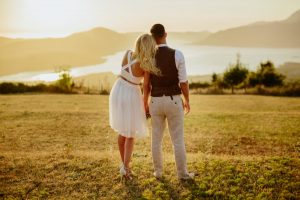 According to Rick Davies, the manager of FindSomeone, the dating site is for people who are serious in finding serious relationships. The site has a traditional, perhaps even dated, feel to it. FindSomeone is more suited to those looking for a long-term relationship rather than a one night stand.

While reports say that FindSomeone seemingly has a ‘man drought’, women don’t need to worry about lacking potential partners. Daniel Bridges, one of the leaders of FindSomeone, says that they monitor demographics in every region except the Chatham Islands. It shows that there are more men using dating sites than women. In fact, Canterbury and some places have the opposite, ‘female drought’.

When it comes to the region with gender parity, the Bay of Plenty has 51 percent of male users and 49 percent female. On the other hand, Timaru or Oamaru and while Canterbury have the greatest gender imbalance because 58 percent are male users. Also, the two cities with the largest percentage of gender disparity include Wellington with 53 percent male users and Auckland with 54 percent male members.

Some rumors about online dating websites include the proliferation of men who lack education, most especially age 25 to 40 years old. But it isn’t the case with FindSomeone. In reality, there’s an even distribution of men and women users who have tertiary education, university, or even trade qualification. Similarweb.com reports that FindSomeone currently attains approximately 382,000 visitors to its site per month.

FindSomeone wants its members to freely choose whom they want to be with. Unlike other dating sites, it’s okay to be picky when you’re at FindSomeone and you don’t need to compromise just to find a lifetime partner. Such a dating concept is rare nowadays where everybody can easily get hooked by how fast digital communication can build relationships within minutes.

With a free membership, you can browse and read files, and even respond to messages. But of course, you have to get a paid membership to gain full access to all site features, like sending messages. FindSomeone wants its members to find true value for their money.

The Gold membership is one-way FindSomeone eliminate time-wasters and focus on starting and building a serious relationship. While this Kiwi dating site costs double the price of NZDating, it’s worth the money if you’re also finding true love. It’s not surprising why almost one-third of members reportedly leave the site because they already found someone and won’t need to use the site anymore.

FindSomeone offers free and paid memberships. With a free membership, you can send up to ten ‘smiles’ for free every day. Also, you can add users you’re interested in your account’s ‘Favourites’ list and view the recent activity timeline on the account dashboard. You can use advanced search filters with a free account and view the first three pages of your best matches.

If you want to send the first message to your prospect, you’ll need to upgrade your account to a gold membership. Also, you can purchase a message pack instead. Upgrading your account means having full access to the best site features, such as sending 50 messages daily with ‘kisses,’ ‘roses,’ and ‘winks.’ Bear in mind that once you have subscribed to the Gold membership, you automatically entered renewal using a credit card, unless if you cancel your subscription.

With a paid membership, you’ll be able to view all the public photos of members, including those that appear in search results and the homepage. Also, you’ll get to enjoy using features like ‘Do We Match?’, ‘Who’s Favourited Me?’, and ‘Who’s Viewed Me?’.

The two special features of FindSomeone include Bootcamp and Events. The FindSomeone Bootcamp program includes an email directly sent to you from John Aiken, a relationship specialist with more than twenty years of experience in the world of dating. On the other hand, FindSomeone Events are a list of events that shows the organized events of Gold members, in which all members can view see and send an RSVP to events.

One thing that holds this dating site back is that it’s exclusively for New Zealanders. But of course, if you’ll be traveling in New Zealand, you might consider giving FindSomeone a try. When it comes to the registration process, here are the important things you have to know:

FindSomeone is owned and managed by a well-established media company, Fairfax Media. The company is known for creating appealing, highly secured, and prominent websites such as Stuff News and TradeMe.

Here are the things that you should be aware of:

1. FindSomeone immediately terminates suspicious or low-quality accounts after activation. That’s why it’s best to complete your profile from the very start.

2. Some members say that after they canceled their subscription, they were still charged in their credit cards. It pays off checking the automatic renewal date and cancellation period to prevent this from happening.

3. Like any other dating site, FindSomeone work tries its best to ensure everybody’s safety. However, all members should also take precautionary measures, most esp when meeting or chatting with someone.

4. If you’re unable to attend to a FindSomeone Event that you previously committed to, your name might be removed from the list of a Gold-member-organizer’s next of events. So make sure that you’ll be able to attend such events after accepting an invite.

Other Sites to Consider

FindSomeone is one of the most reputable online dating sites intended for New Zealanders. While the price for a Gold membership can be more expensive than NZDating, you get the best value for your money with the type of users you’ll be dealing with.

We're living in the digital age, and seniors can use the internet to their advantage by finding a friend or partner via online dating.

Match.com is one of the most popular dating websites in the world, that promises its members to help them find their best match.

How To Write a Match.com Profile That Appeals to Women

Match.com is one of the most trusted and reputable dating sites today. If you want to attract more women, creating an interesting profile should be your utmost priority. While you want to write a comprehensive profile, it doesn't necessarily mean that it contains all the finest details about yourself.

Meet Singles in Akron – ideas and tips for dating in Akron

Are you a fast food junkie looking for a weak

Craigslist personals were a free and popular dating or hookup